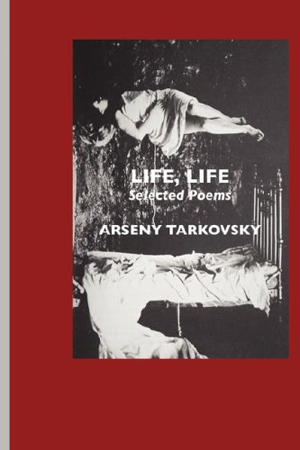 How a father’s poetry inspired a son’s cinematic art

“Poetry is everywhere, where the poet is life.”

THERE IS JUST something about the Russian aesthetic sensibility that makes me actually want to go off and learn those elegant Cyrillic glyphs, which to a serious-minded literature student feel so emblematic of psychological complexity, spiritual suffering and emotional pain. Indeed, I wonder how much more compelling Alexander Pushkin and Leo Tolstoy, Boris Pasternak and Fyodor Dostoyevsky would be in their native tongue.

Even though I have no way of telling whether an English rendition is true to its source material, the greater the elegance and sophistication of the translation, the closer I feel I am aligned to the integrity and artistry of the original manuscript. One such volume of Russian poetry that I have recently delved into has been a magnificent example of a translational accomplishment: Life, Life by Arseny Tarkovsky, translated by Virginia Rounding.

Arseny Aleksandrovich Tarkovsky (25th June 1907–27th May 1989) has only garnered a growing international following in recent years. Unable to publish his poetry in book form during the Stalinist era, it was towards the end of his life that he even began to find any recognition in his former Soviet homeland.

It was his son, the Russian filmmaker, Andrei Tarkovsky, who would give expression to his father’s work by including his poems in his films, notably Mirror (1975) and Stalker (1979). Both artists were blessed with a poetic sensibility towards life, love and the natural world, as well as the recognition of the tragedy of human existence, and thus the fusion of their work was both apposite and inevitable.

Despite being injured during the Second World War, resulting in the amputation of his right leg, Arseny outlived his son, who died of lung cancer just three years before his own death. Theirs was an artistic collaboration unsurpassed, one which embodied so many of the aesthetic and spiritual qualities so infused within the great canon of Russian literature and arthouse cinema.

There are many enchanting poems to choose from in Virginia Rounding’s exquisite collection but I selected the following verse, “And this I dreamt, and this I dream”, for its sublime meditation on the ephemeral world and the way in which it is so beautifully written, closing on an arresting final line.

To one side from ourselves, to one side from the world
Wave follows wave to break on the shore,
On each wave is a star, a person, a bird,
Dreams, reality, death—on wave after wave.

No need for a date: I was, I am, and I will be,
Life is a wonder of wonders, and to wonder
I dedicate myself, on my knees, like an orphan,
Alone—among mirrors—fenced in by reflections:
Cities and seas, iridescent, intensified.
A mother in tears takes a child on her lap.
—Arseny Tarkovsky, Life, Life, trans. Virginia Rounding