Capturing eternity in a moment

“The image is not a certain meaning,
expressed by the director,
but the entire world
reflected as in a drop of water.”

OF ALL THE artists featured on The Culturium, Andrei Tarkovsky (4th April 1932–29th December 1986) is by far and away one of my most favourite and to whom I return time and again for inspiration and solace. Master Russian filmmaker, photographer and poet, he embodies all the gifts and qualities of a truly modern Renaissance man, expressed through his visual and textual art and the very essence of who he is.

Instant Light comprises sixty luminous Polaroids taken in Russia and Italy between 1979 and 1984, interspersed with diary entries, revealing him to be a virtuoso in the medium of still photography as well as the moving image.

Indeed, Tarkovsky was imbued with an inherent sensitivity to the beauty of the natural world and the transitoriness of time, stunningly captured in these quick Polaroid shots—the radiant melancholy of lengthening shadows and gloomy trees in shimmering morning mist; exquisite still lifes of flowers, cats and shafts of afternoon sunlight; portraits of Tarkovsky’s wife, Lara, their son, Tyapa, together with the family dog.

Moreover, he believed that with the way of the artist came a certain weight of responsibility in conveying the fundamental principle of life, one which transcends art itself:

And so art, like science, is a means of assimilating the world, an instrument for knowing it in the course of man’s journey towards what is called ‘absolute truth’ …

I see it as my duty to stimulate reflection on what is essentially human and eternal in each individual soul, and which all too often a person will pass by, even though his fate lies in his hands. He is too busy chasing after phantoms and bowing down to idols.

In the end everything can be reduced to the one simple element, which is all a person can count upon in his existence: the capacity to love. That element can grow within the soul to become the supreme factor, which determines the meaning of a person’s life. My function is to make whoever sees my films [and indeed his Polaroids] aware of his need to love and to give his love, and aware that beauty is summoning him.
—Andrei Tarkovsky, Sculpting in Time: Reflections on the Cinema

Last night I dreamt that I had died.
But I could see, or rather feel,
what was going on around me.
…
I felt I had no strength or will,
I was only capable of witnessing
my own death, my own corpse.
Above all, I could feel in my dream
something long forgotten, something
that had not happened to me for a long time—
the feeling that it was not a dream but real.
It is such a powerful sensation
that a wave of sadness fills your soul,
of pity for yourself, and a strange,
as it were aesthetic way of seeing your own life.
When you feel compassion for yourself in that way,
it is as if your pain were someone else’s,
and you are looking at it from outside,
weighing it up, and you are beyond
the bounds of what used to be your life.
It was as if my past life was a child’s life,
without experience, unprotected.
Time ceases to exist, and fear.
An awareness of immortality.

How does a project mature?
It is obviously a most mysterious,
almost imperceptible process.
It carries on independently of ourselves,
in the subconscious, crystallizing on the walls of the soul.
It is the form of the soul
that makes it unique,
indeed only the soul decides
the hidden ‘gestation period’ of that image
which cannot be perceived
by the conscious gaze.

For many millennia,
man has been striving after happiness;
but he is not happy, Why not?
Because he cannot achieve it,
because he does not know the way—
both these reasons.
Above all, however,
because in our earthly lives
there must not be ultimate happiness,
but only the aspiration towards it,
in the future;
there has to be suffering,
because it’s through suffering,
in the struggle between good and evil,
that the spirit is forged.

An image
is an impression
of the Truth,
which God
has allowed us
to glimpse
with our
sightless eyes.

In my opinion, when we talk about God
making man in His own image and likeness,
we should understand that the likeness
has to do with His essence, and this is creation.
From this comes the possibility
Of evaluating a work and what it represents.
In short, the meaning of art
is the search for God in man.

Sometimes I am filled with a sense
of absolutely breathtaking happiness,
which shakes my soul,
and in those moments of harmony
the world around me begins to look as it really is—
balanced and purposeful.
And my inner, mental structure or system
corresponds with the outer structure of the milieu,
the universe—and vice versa.
At those moments I believe myself to be all-powerful:
that my love is capable of any physical feat or heroism,
that all obstacles can be overcome,
that grief and yearning will be ended,
and suffering transformed
into the fulfilment of dreams and hopes.
This is one of those moments.

We are crucified on one plane,
while the world is many-dimensional.
We are aware of that
and are tormented by our inability
to know the truth.
But there is no need to know it!
We need to love.
And to believe.
Faith is knowledge with the help of love.

I dreamt of the quiet monastery cloister
with its enormous ancient oak tree.
Suddenly I become aware of a flame rising up
at a point among the roots
and I realize that it is the flame
of many candles burning
in the secret underground recesses of the monastery.
Two frightened young nuns arrive
then the flame leaps high,
and I see that by now it is too late
to put out the fire—almost all the roots
have become burning embers.
I am deeply saddened by this,
and I try to imagine
what the cloister will be like
without the oak tree:
it will be useless, meaningless, miserable.

An immense hope
penetrated my soul today.
I do not know what to call it:
simply happiness.
The hope that happiness is possible.
Ever since this morning,
the windows in my hospital room
are flooded with sunlight.
But this is not the reason
for my happiness: lo it is the Lord! 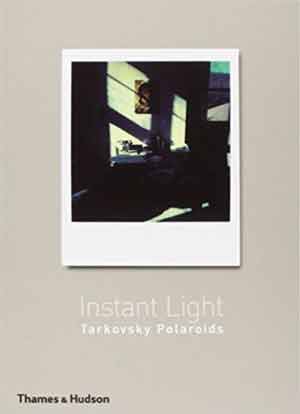