Stillness in motion, motion in stillness

“The calling of art is to extract us from our daily reality, to bring us to a hidden truth that’s difficult to access—to a level that’s not material but spiritual.”
—Abbas Kiarostami

“PHOTOGRAPHY,” said Abbas Kiarostami (22nd June 1940–4th July 2016), “is the mother of cinema.” In what would prove to be his final feature entitled 24 Frames, the Iranian filmmaker, poet, painter, illustrator, graphic designer and photographer lays testament to the elemental foundations of photographic artistry in this utterly exquisite movie, resulting in a singular meditation upon the metaphysical aspects of existence—love and loss, light and darkness, life and death.

Known for his minimalistic portrayal of provincial Persian culture, Kiarostami produced some of the most beautiful film in contemporary cinema—the Koker trilogy, Close-Up, The Wind Will Carry Us and Taste of Cherry—drawing comparison with other auteurs, namely Robert Bresson, Jean Cocteau, Carl Theodor Dreyer, Andrei Tarkovsky, Nuri Bilge Ceylan and Béla Tarr, who are similarly preoccupied with timeless narratives encapsulated within transcendental motifs.

Contemplating the cloudy sky and the massive trunk of a tree under a magical light is difficult when one is alone. Not being able to feel the pleasure of seeing a magnificent landscape with someone else is a form of torture. That is why I started taking photographs. I wanted somehow to eternalize those moments of passion and pain.
—Abbas Kiarostami

The director would work for three years with collaborator, Ali Kamali, to produce a series of segments, comprising a still image—a painting or photograph—brought to life by the use of animation, stock footage and digital layering in an attempt to convey the moments before and after a photograph is captured. The result was around sixty or so “frames”, from which thirty had already been selected by the time of Kiarostami’s death, leaving his son, Ahmad Kiarostami, to complete the project.

The resultant twenty-four sequences—the intended final number, its significance alluding to the sum of hours in a day as well as the shooting rate of film passing through a projector—are a haunting montage of “moving images”, elegant and elegiac in nature and timeless and formless in essence, enabling us as audience to empathize and experience Kiarostami’s innermost emotional and spiritual states.

It’s said that in the beginning was the word but for me the beginning is always an image. When I think about a conversation, it always starts with images. And what I love about photography is the inscription of a single moment: it’s completely ephemeral. You take the photograph, and one second later, everything has changed.
—Abbas Kiarostami

Frame 1 opens with Pieter Brueghel’s Hunters in the Snow, the immortal sixteenth-century painting, depicting a snowy winter’s scene of a group of men with their dogs overlooking an icy lake. Gradually, Kiarostami’s digital enhancements unfold—smoke swirls from chimney stacks; a dog sniffs at the frozen ground; birds dart amongst bare trees. And yet the hunters remain absolutely still in the manner in which the Dutch master originally intended. It is the only instance when Kiarostami uses a painting in this final published collection and yet its presence sets the tone from the outset for the overall film, one of exquisite revelation and understated grandeur.

Moreover, deeply influenced by Japanese haiku with its emphasis on the suchness of the natural world, the frames that follow exude a distilled reverence for all the sights and sounds of flora and fauna—deer and wolves, horses and birds, dairy cows and dogs, as well as susurrating leaves and billowing clouds, falling snow and rolling surf. Indeed, 24 Frames is a timeless universe suffused with haunting beauty casting a divinatory spell.

I’ve often noticed that we are not able to look at what we have in front of us, unless it’s inside a frame.
—Abbas Kiarostami

And thus we embark on a journey, as with all great works of art, each frame complete in itself and yet developing ideas from the previous one, forever subverting our expectations and rendering us into a perpetual state of wonder. Indeed, Kiarostami’s menagerie of dramatis personae, wherein seagulls swoop, lions copulate and horses cavort, imbues the film with emotionality and sentiment that would have been otherwise wholly absent had the frames been merely static installations and still lifes ordinarily found in galleries or museums.

One of my favourite scenes is Frame 6, in which a crow perches on the ledge of a window looking out onto a tree swaying in the breeze to the accompaniment of “Un bel dì vedremo” from Puccini’s Madame Butterfly. The sequence is perfectly framed and yet the symmetry of the casement is slightly off, deliberately no doubt, suggesting that perfection always co-exists with imperfection, order with chaos, pleasure with pain. Another crow lands on the ledge and the two birds engage in avian discourse. Then, as the aria reaches its climax, the wind picks up and the tree begins to undulate wildly, prompting one of the crows to fly away leaving the other on its own. The operatic association makes us feel pity for the abandoned bird, pulling at our heartstrings and worrying for its fate. It is a moment of cinematic genius.

All the different nations in the world, despite their differences of appearance and religion and language and way of life, still have one thing in common, and that is what’s inside of all of us. If we X-rayed the insides of different human beings, we wouldn’t be able to tell from those X-rays what the person’s language or background or race is.
—Abbas Kiarostami

One of only two segments to feature humans, Frame 15 depicts a photograph Kiarostami had previously taken in Paris, which features what appears to be a Muslim family, their backs to the director, presumably gazing in awe at the Eiffel Tower. As they remain motionless, pedestrians stroll past, including a minstrel, guitar in hand, who tries to serenade them with her song, “Les Feuilles Mortes” (“Autumn Leaves”), and yet they remain completely unstirred. It is a strangely compelling scene, one in which movement and stillness simultaneously play centre stage.

Indeed, Kiarostami has managed to achieve the seemingly unachievable—in his quest to represent the flow of time either side of his shutter snapping a scene into a single moment, he is able to depict the paradoxical nature of existence through his elegiac and poetical vignettes: temporality and timelessness, action and inertia, appearance and reality itself.

I feel like a tree. A tree doesn’t feel a duty to start doing something about the earth from which it comes. A tree just has to bear fruit, and leaves and blossoms. It doesn’t feel grateful to the earth.
—Abbas Kiarostami

Abbas Kiarostami was one of those rare artists who could express himself in a multitude of different media—painting, poetry, photography—with the resulting effect being an organic synthesis of the spiritual values he held dear, namely the universality of human experience and the sacredness of the natural world.

Moreover, as a major proponent of Iranian New Wave cinema, he shunned all forms of societal, political and religious dogma, standing on his own in order to allow his innate creativity to blossom in its unique way, producing an outstanding corpus of work, receiving accolades and praise of the highest kind, including the illustrious Palme d’Or.

My films have been progressing towards a certain kind of minimalism, even though it was never intended. Elements that can be eliminated have been eliminated. This was pointed out to me by somebody who referred to the paintings of Rembrandt and his use of light: some elements are highlighted while others are obscured or even pushed back into the dark. And it’s something that we do—we bring out elements that we want to emphasize.
—Abbas Kiarostami

There is a certain degree of tragic irony in the fact that Kiarostami passed away before 24 Frames was released. It is as if in his attempts to eliminate all extraneous elements, even the director himself became superfluous to the light of his own art. And yet how often is it the case that a work finds appreciation only after the artist’s demise?

Kiarostami once said that cinema is only half made on screen; the other half is made in the viewer’s mind. No truer statement could be made for having seen the film many days ago, selected sequences still play out in my head: crows cawing through a window, majestic trees trembling with vitality, pigeons pecking for food—the ephemeral world, mysterious and magical, indelibly cast within the framework of my own imagination.

The capability to dream is the most human characteristic, shared not proportionately but enough for each. Though all of us dream, only one of us can talk about our dreams. The imagination is one of the most distinct and extraordinary gifts granted to human beings. We are aware of our other senses, such as sight, taste and hearing, and we are grateful for them. But we don’t seem to know what immense possibilities are open to us through the imagination. What is the function of dreaming? Where did it come from? Why do we have the ability to dream? And why must we dream? If it doesn’t have function in our life, then what is the reason for it?

I finally found a reason. When do we resort to dreaming? At times when we are unhappy with our circumstances. And how extraordinary is it that no dictatorship in the world can control it? No system of inquisition can control one’s fantasies. They can throw you in jail but you still have the ability to live your sentence outside the prison without anyone holding you there. Through the imagination, you can pass over the insurmountable walls without leaving any trace of yourself, and you can always go back.
—Abbas Kiarostami 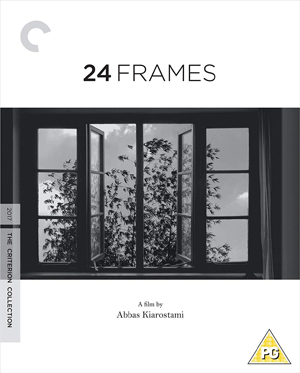