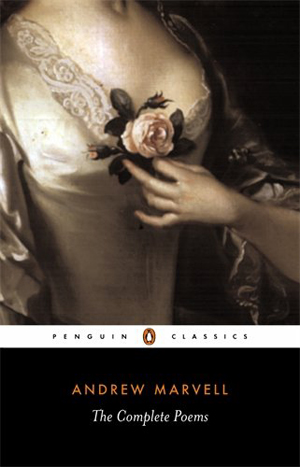 How a dewdrop personifies the human soul

Reading poetry is indeed difficult, especially when it has a specific underlying subtext that is illusive and hard to discern. Only a few people have a natural aptitude for it and they are usually those who write poetry themselves.

And yet, if we could only just allow ourselves the patience to linger on the lines of verse a little longer than we might ordinarily do when reading, we will soon discover how the rewards far surpass the effort. After all, what is more meaningful in life than being reminded of who we are …

See how the orient dew,
Shed from the bosom of the morn
Into the blowing roses,
Yet careless of its mansion new,
For the clear region where ’twas born
Round in itself incloses:
And in its little globe’s extent,
Frames as it can its native element.
How it the purple flow’r does slight,
Scarce touching where it lies,
But gazing back upon the skies,
Shines with a mournful light,
Like its own tear,
Because so long divided from the sphere.
Restless it rolls and unsecure,
Trembling lest it grow impure,
Till the warm sun pity its pain,
And to the skies exhale it back again.
So the soul, that drop, that ray
Of the clear fountain of eternal day,
Could it within the human flow’r be seen,
Remembering still its former height,
Shuns the sweet leaves and blossoms green,
And recollecting its own light,
Does, in its pure and circling thoughts, express
The greater heaven in an heaven less.
In how coy a figure wound,
Every way it turns away:
So the world excluding round,
Yet receiving in the day,
Dark beneath, but bright above,
Here disdaining, there in love.
How loose and easy hence to go,
How girt and ready to ascend,
Moving but on a point below,
It all about does upwards bend.
Such did the manna’s sacred dew distill,
White and entire, though congealed and chill,
Congealed on earth: but does, dissolving, run
Into the glories of th’ almighty sun.
—Andrew Marvell, “On a Drop of Dew”

“On a Drop of Dew” is one of the most beautiful examples of Metaphysical Poetry in the great canon of English literature, a term bestowed by Dr Samuel Johnson to describe British lyrical poetry of the late Elizabethan/early Jacobean period chiefly concerned with Neo-Platonic themes—love, death and the nature of the human soul.

Andrew Marvell (31st March 1621–16th August 1678), poet and politician, was writing during a time of great economic and political instability in English history—civil and foreign wars, plague, schisms in the Church. Notorious for his shifting allegiances, both politically and religiously, Marvell became, therefore, adroit at disguising his opinions through clever use of language and metaphysical conceit.

Despite the fact that “On a Drop of Dew” is a far cry from the challenges of his public life, Marvell is still able to utilize the power of a simple metaphor to convey a deeper truth. In exquisite style, he likens the individual self to a dewdrop, trembling shyly in all its naked splendour, yearning to be reunited with its creator, God. Patiently, it waits for the morning sunlight, when it can evaporate and dissolve into the omnipotent majesty of the sun.

In a similar vein to the Transcendental poetry of Walt Whitman who defied Romantic convention two centuries later, the Metaphysical Poets—Andrew Marvell, John Donne, George Herbert, Thomas Traherne to name its main exponents—divorced themselves from the current fashion of writing sonnets and other forms of courtly verse associated with feeling and emotion and, instead, cultivated a type of expression giving vent to the subtleties of the mind and intellect.

Indeed, T. S. Eliot in his essay, “The Metaphysical Poets”, applauds the anti-Romantic sensibility of their work, with their emphasis on the finesse and subtleties of the mental realm rather than of the heart.

For those who ordinarily shun verse that is overly sentimental, the poetry of Andrew Marvell offers a surprisingly modern as well as sophisticated interpretation of the world, and is well worth applying the whole being to the appreciation of it.