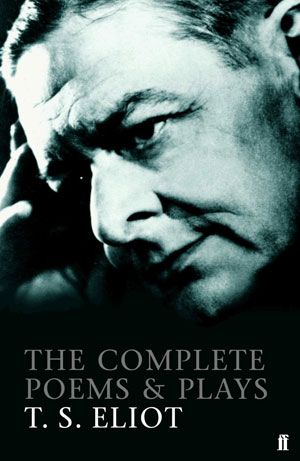 The great Modernist poet on the meaning of life

IT IS HARD to conceive of any poet, ancient or modern, who encompasses both the literary genius and metaphysical vision of Thomas Stearns Eliot (26th September 1888–4th January 1965); indeed, rare it is to encounter anyone who is able to combine a poetic sensibility with a philosophical discipline, thus creating a body of work far more beautiful and profound than its component parts.

By the end of his life, Eliot had produced such an impressive portfolio of artistic output, including poetry, plays, essays and literary criticism, it made him one of the most important English-language writers of the twentieth century, earning him the Nobel Prize for Literature in 1948.

Despite his love of the Christian teachings (and conversion to Anglicanism in 1927), T. S. Eliot was also fascinated by the wisdom of the East. When Eliot was a child, it is said he was greatly affected by the poem, “The Light of Asia” by Sir Edwin Arnold, a poem based on the life of the Buddha.

Raised in St. Louis, Missouri, Eliot eventually studied at Harvard University where he was influenced by, amongst others, the writers William James, Ralph Waldo Emerson, Henry David Thoreau, Paul Deussen and Walt Whitman.

He also took classes in Pali and Sanskrit, as well as Indian Philosophy, which included the study of the Vedas and Upanishads, the Bhagavad Gita, and Patanjali’s Yoga Sutras, which left him “in a state of enlightened mystification”. It is believed that at the time of writing arguably his most famous poem, The Waste Land, he even contemplated becoming a Buddhist.

Eliot was aligned to the Modernist poets, who reacted against the formal literary conventions of the previous century and instead, employed more abstract methods for self-expression, including the use of blank verse and the “stream of consciousness” technique; similarly, with the advent of two world wars, poetic appraisal of truth and beauty was replaced by man’s sense of dread and disillusionment at the apparent meaninglessness of life.

The horror of living

Set against this nihilistic backdrop, The Love Song of J. Alfred Prufrock (1915) was Eliot’s first major published work; written as a dramatic monologue, Prufrock laments his lonely middle-aged existence, so lacking in intellectual, sexual and spiritual fulfillment, and permeated with an acute awareness of the interminable passing of time:

For I have known them all already, known them all
Have known the evenings, mornings, afternoons,
I have measured out my life with coffee spoons
—T. S. Eliot, The Love Song of J. Alfred Prufrock, ll. 49–51

Whereas Prufrock is one man’s lamentation against the world, The Waste Land (1922), Eliot’s next important piece, effectively becomes a requiem for humankind in its presentation of the hollowness of living; both the saints and heroes of the past rub shoulders with the typists and clerks of the present in their subjugation to “memory and desire” and the perennial problem of the nature of human suffering.

Interestingly, the original epitaph of the poem included Joseph Conrad’s infamous declaration, taken from Heart of Darkness alluding to the pervading feeling of angst prevalent in early twentieth-century Europe: “The horror! The horror!”

The Waste Land is composed of five parts (I. “The Burial of the Dead”; II. “A Game of Chess”; III. “The Fire Sermon”; IV. “Death by Water”; and V. “What the Thunder Said”) complete with a set of notes, which are arguably more abstruse than the poem itself.

Written partly when Eliot was recuperating from a nervous breakdown, The Waste Land is presented through a variety of voices, as well as drawing on a wide range of classical and literary sources (including Homer, Ovid, Dante, Shakespeare, Chaucer, Hermann Hesse, Aldous Huxley, and Sir James Fraser, together with the legend of the Holy Grail and the Fisher King, and references to the Tarot deck).

Akin to much metaphysical poetry, The Waste Land is effectively a mimesis of the mind as it withdraws from outward perception into a meditative trance, whereby seemingly random and disconnected thoughts arise and pass by, with no apparent underlying significance—drinking coffee in the Hofgarten, a famous clairvoyant playing cards, a cockerel crying atop a treetop, “co co rico co co rico”; a surrealistic landscape, populated with anaesthetized people, and comprising the stuff of apocalyptic dreams:

Unreal City,
Under the brown fog of a winter dawn,
A crowd flowed over London Bridge, so many,
I had not thought death had undone so many.
—T. S. Eliot, “The Burial of the Dead”, ll. 60–3

Despite the overt bleakness of Eliot’s poem, written at a time when Nietzsche’s pronouncement that “God is dead” was undoubtedly ringing in the reader’s ear, its inherent message is one of attempting to come to terms with the wretchedness of life.

Two key Indic texts play an important role in the redemptive aspect of the poem: in part three, Eliot draws inspiration from the “Fire Sermon” of the Buddha found in the Maha Vagga, and the metaphor of burning used to signify both the pain of worldly experience and the process of purification by which the pain may be transcended:

And in part five, through the voice of the thunder, the Brihadaranyaka Upanishad is evoked, appearing as three repeated injunctions, “Datta, Dayadhvam, Damyata”, and translated in the notes as “give, sympathize, control” (or perhaps better stated as “give, be compassionate and exercise self-control”). Drawing on the story of Prajapati and his encounter with three orders of being—gods, men and demons—they are the responses each order hears when Prajapati is asked about the nature of truth. The Waste Land then ends, “Shantih shantih shantih”, befitting any important Upanishad.

The power of now

Less famous than The Waste Land but undoubtedly Eliot’s masterpiece is Four Quartets (1943), which is far more affirmative in its vision for humanity’s fate. Drawing more than any of his previous works on Indic texts, the opening lines are some of the most exquisite and sagacious in the entire canon of English poetry:

Time present and time past
Are both perhaps present in time future,
And time future contained in time past.
If all time is eternally present
All time is unredeemable.
What might have been is an abstraction
Remaining a perpetual possibility
Only in a world of speculation.
What might have been and what has been
Point to one end, which is always present.
—T. S. Eliot, “Burnt Norton”, ll. 1–10

Throughout the poem, Eliot is consistently directing us to find peace and fulfillment in the present moment, a concept as old as the hills for any practising Buddhist or Hindu but its execution radical for a mainstream, early twentieth-century European poet.

Written predominantly during World War II and the air-raids on Great Britain, Four Quartets is four interconnected reflections on man’s relationship with time, the universe, and God, drawing on many mystical and philosophical sources, including the Bhagavad Gita and the Mahabharata, as well as St John of the Cross and Julian of Norwich.

Four Quartets comprises “Burnt Norton”, “East Coker”, “The Dry Salvages” and “Little Gidding”, each loosely associated with the four elements of air, earth, water and fire respectively. Eliot, however, doesn’t stop there; other conceits employed include the rose garden—in the Sufi tradition, the garden is representative of the world with the rose symbolizing the soul, its blossoming the individuation of the self amidst the weeds and thorns of daily life.

Eliot also uses the metaphor of the dance to symbolize the Shiva-like movement of all phenomenal existence, karma bound, and yet with its centre the eternal still point from which everything radiates and turns, and where freedom ultimately resides:

Where past and future are gathered. Neither movement from nor towards,
Neither ascent nor decline. Except for the point, the still point,
There would be no dance, and there is only the dance.
—T. S. Eliot, “Burnt Norton”, ll. 67–9

Indeed, Eliot’s concluding immortal lines remind us that at the end of our spiritual journey, we shall come full circle like the turning wheel, from a state of human ignorance to divine illumination, waking up to what has always been and what shall always be, and what is always eternally present:

We shall not cease from exploration
And the end of all our exploring
Will be to arrive where we started
And know the place for the first time.
—T. S. Eliot, “Little Gidding”, ll. 886–9

Despite professing to sometimes wondering “if that is what Krishna meant” at the end of Four Quartets, Eliot is indeed the master poet, a kavi, able to articulate the vicissitudes of the human condition, with all its inherent misery and suffering, as well as offer a way to transcend it, his entire devotional work becoming, therefore, the perfect synthesis of philosophy and poetry, and ultimately an expression of Being itself.