“I was outside … and at the same time I seemed to be inside it,
united with and freely partaking in its creativity.”

RESTRICTIONS ON INTERNATIONAL travel have forced me to appreciate more fully the environment in which I actually reside, rather than to chase after adventure beyond the distant horizon. Indeed, high summer in England is, for me at least, the most idyllic place to be in the world, specifically in the south-east and the counties of Kent, Surrey and Sussex, the land of many illustrious writers and artists associated with our British cultural heritage.

Driving through verdant country lanes, the scorching sun burning my skin, the warm wind blowing through my hair, I see the skies and fields, farms and gardens, spires and trees that inspired a generation of intellectuals who took inspiration from this “other Eden, demi-paradise”: Virginia and Leonard Woolf (Monk’s House); Vanessa and Clive Bell (Charleston); Duncan Grant (Berwick Church); Roger Fry (Durbins); and Vita Sackville-West (Knole and Sissinghurst).

Into this heady mix came the arrival of the English novelist and translator, Rosamond Lehmann (3rd February 1901–12th March 1990). Despite living predominantly in Oxfordshire and London, she became intimately involved with members of the Bloomsbury Group, producing a comparable body of successful, and rather risqué, work including seven novels, a play and a collection of short stories. In the following extract taken from her autobiography, The Swan in the Evening, a book which recounts the grief she experienced at the sudden death of her daughter and her subsequent interest in spiritualism, Lehmann describes visiting friends in the countryside. One afternoon, after going to her room to rest, she then embarks on a long country drive and is overcome by an experience of reality in a world shimmering with light and beauty.

I looked at my watch and found that over an hour had passed. I sprang up, went to the window and looked out … and beheld a visionary world. Everything around, above, below me was shimmering and vibrating. The tree foliage, the strip of lawn, the flower-beds—all had become incandescent. I seemed to be looking through the surface of all things into the manifold iridescent rays, which, I could now see, composed the substance of all things. Most dramatic phenomenon of all, the climbing roses around the window frame had ‘come alive’ —the red, the white. The beauty of each one of them was fathomless—a world of love. I leaned out, they leaned towards me, as if we were exchanging love. I saw, I saw their intensity of meaning, feeling.

I came downstairs to join the others. I couldn’t think of anything to say except: ‘I’ve had a wonderful rest.’ L. glance at me and said: ‘You look as if you had.’ Later she told me that she wondered if it was a hallucination that I suddenly looked about thirty years younger.

After tea, J. took me for a drive through the midsummer countryside. What a drive! The sun shone powerfully among full-sailed somnolent cloud-galleons; but the light suffusing earth and sky was not the sun’s: it was a universal, softly gold effulgence. Hills, woods, groves, clouds, cornfields, streams and meadows—all were moving and interlacing buoyantly, majestically, as if in the ineffable rhythm and pattern of a cosmic dance. I was outside, watching the animating, moulding eternal principle at work, at play, in the natural world; and at the same time I seemed to be inside it, united with and freely partaking in its creativity.

Astounded; awestruck … Awestruck, astounded. What words are possible? And yet, the sense of recognition, recollection, was predominant. Again and again, I told myself: ‘Yes. Yes. This is reality. I had forgotten.’
—Rosamond Lehmann, The Swan in the Evening 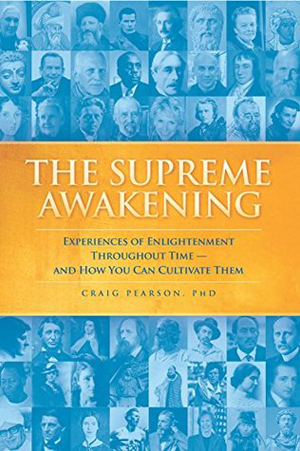