Terrence Malik, The Tree of Life

A visionary masterpiece of the beginnings of time

“There are two ways through life … the way of Nature and the way of Grace.
You have to choose which one you’ll follow.”

THERE HAVE ONLY ever been a handful of instances where I have viewed cinematic perfection up on the big screen—Andrei Tarkovsky’s Stalker, Ingmar Bergman’s Persona, Satyajit Ray’s The Apu Trilogy—but I can now add Terrence Malick’s The Tree of Life to that elite list, a profoundly surrealistic contemplation of the nature of love and loss and the mysterious workings of time, consciousness and the human condition. Understandably, the film won the illustrious Palme d’Or at the 2011 Cannes Film Festival.

Unless you love … Your life will flash by …

Written and directed by Terrence Malick (born 30th November 1943), who read Philosophy at Harvard and Oxford Universities, The Tree of Life is told through Jack O’Brien (played by Sean Penn), a middle-aged corporate executive based in a firm of architects, who is disenchanted with life and looking for some kind of meaning to his existence.

Prompted by the sight of the planting of a tree in front of his office building, Jack then recalls memories from his childhood set in 1950s Waco, Texas, and the relationships he had with his empathetic mother (played by Jessica Chastain) and his disciplinarian father (played by Brad Pitt), as well as the trauma surrounding the death of his brother, R.L., at the age of 19.

Watching The Tree of Life is effectively akin to partaking in a religious experience, and I don’t say that lightly. Poignantly, the film opens with a quote from the Book of Job:

Where were you when I laid the earth’s foundation … while the morning stars sang together and all the sons of God shouted for joy?

An opening sequence then follows composed of stunning cinematography, with close-ups of sunflowers, waterfalls, the sheen on human skin, transporting us to another world, ethereal and dreamlike, where there is an immediate sense of loss of self in the face of the sheer beauteousness and wonder of it all.

I didn’t know how to name You then. But I see it was You. Always You were calling me.

In nearly every scene, the sun—either directly or indirectly peeping through foliage, clouds, the surface of the sea—features as the eternal still point around which the moving images oscillate, spiral and turn. It is a motif that is carried right through to the very end of the film, reminding us of an omnipresent power, forever watching over us, for better or worse.

To the beginning of time

In the second sequence of the film, we are taken on a detour, back to the origins of the universe. In a symphony of images, Kubrickesque, including galaxies and our solar system, deserts and rainforests, even landscapes populated by dinosaurs, we are all the while beguiled by the operatic accompaniment of Zbigniew Preisner’s Lacrimosa and the whispers of the main protagonists as to the meaning of life.

Here is existence, Malick appears to be saying, in all its naked and pristine glory. Behold, gentle viewer, this is nothing less than the Beatific Vision.

Love everyone. Every leaf. Every ray of light.

The next sequence brings us back to Texas, where a series of memories are presented in a nonlinear tableau; this is the hardest part of the film for there is no discernible narrative to latch onto, no surface meaning to the unfolding, and seemingly nonexistent, plot.

It is only through an act of mental vigilance, by abandoning any hope of understanding where the film is taking us, can we then rest in each and every scene as it arises, and thereby allow ourselves to be bathed in its metaphysical vision, and forced to consider our ultimately inconsequential position in the cosmos.

I will be true to you. Whatever comes.

The sumptuousness of the colours and textures and sounds are so overwhelming, the overall aesthetic experience of The Tree of Life is exhausting; it would be fair to say that I wept pretty much consistently throughout the entire length of the film—interestingly, these were often at points in the movie that prompted other people in the audience to walk out, whether through boredom, exasperation or sheer bewilderment, you can only imagine.

The Tree of Life grand finale finishes at, what appears to be, the end of time itself; Jack finds himself walking behind his younger self in a desert, and then is transported to an ocean’s shoreline, along with other souls from his past.

His mother is seen, drifting elegantly along the sands, weaving her arms up towards the sun, the epitome of maternal finesse. And his brother and father are here too, assembled within the incorporeal throng. Nature and grace are finally reconciled, it would seem; all is forgiven and peace is restored. It is a majestic ending to a cinematic masterpiece.

Brother. Keep us. Guide us. To the end of time. 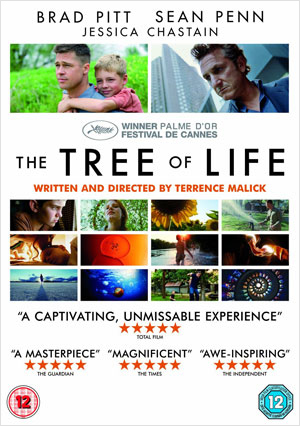