That which lies beyond

I sing the body electric,
The armies of those I love engirth me and I engirth them,
They will not let me off till I go with them, respond to them,
And discorrupt them, and charge them full with the charge of the soul.

THE AMERICAN POET and publisher, Walt Whitman (31st May 1819–26th March 1892), once observed, “I have been photographed, photographed, photographed until the cameras themselves are tired of me.” And yet, the humanist and transcendentalist was fascinated with images of the self, not least of himself, as the very personification of the sacred. Indeed, his masterwork, Leaves of Grass, which contains the poetic paragons, “I Sing the Body Electric” and “Song of Myself”, and was published nine times in the course of his lifespan, bore a new photographic daguerreotype as the frontispiece of almost every edition, in the belief that it represented the book’s “autobiography of the soul”.

Jan Kersschot (born 1960) is a Belgian physician, artist and writer, who documents through his creative work the subject of nonduality and the perennial philosophy that unites the world’s wisdom traditions, including Western philosophy, Zen and Advaita (the mystical teachings of the Upanishads and Bhagavad Gita). His first three series of monochrome photographs are focussed on the intimate details of the human body—hands, skin and eyes (Handscapes, Skinscapes, Eyescapes). His fourth series, Beyond, features electrifying close-up images of human tissue, composed during surgery, in an attempt to discover the mystery of life behind the epidermis of the mortal form. Indeed, his corporeal still lifes, akin to Whitman’s portraits, are not only a reminder of our human condition but also an illustration of the unicity of our existence.

The human body reminds us of the diversity and uniqueness in human nature. Even though there are more than seven billion pairs of hands, no two identical hands can be found. This variety is remarkable because all hands are made of the same collection of bones, tendons and muscles. In that sense we are all equal. And when a surgeon observes the inside of the body during an operation, it becomes clear that the same basic components are used again and again. Inside the body there is no difference between an American and a European, a Muslim and a Christian. We are all equal within.

This ‘equality principle’ is in stark contrast to what we experience in society. When we look at the news, we notice that there are always new conflicts. We fight with each other over political preference, nationality or religion. All these differences are not original to us but they are added afterwards by society. In our early childhood, we adopted all sorts of concepts from our parents and teachers, and we took over the habit to divide others into different sorts and groups.

We did not have these voices inside us when we were a newborn, we were talked into these afterwards. Most people are barely aware of these inner voices, which continuously comment on everything that happens. As adults, we are usually no longer able to switch off these voices for long periods of time. These voices are inactive only during dreamless sleep and deep meditation.

These voices in our heads point to the differences between groups of people and also confirm a judgement on them. Everything and everyone are being labelled. It is like an inner commentator in our head who can’t stop talking. Always labelling and assessing others is not only tiresome but it also destroys our inner peace.

In nondualism, these voices in our minds are unmasked. Nondualism does not ignore the differences between people, nor does it claim that judging and condemning can’t be useful in modern society. But nondualism points to what we have in common. That which we all are is massively undervalued. So what is the common ground between these groups of people who follow a different religion? Everyone is. No one can say, ‘I am not’. In other words, simply being is communal. Even though we are all different waves in one big ocean, we are all composed from the same water.

The term ‘human being’ makes the issue clear. The ‘human’ part gets all the attention while the ‘being’ part is overlooked. In other words, the ego will receive all the attention, while the pure being remains in the background. And it is actually this essential part—the mere being—where nondualism is trying to point. This can be done, for example, by inserting moments of silence, in which the underlying space of mere being is recognized again.

But the ego does not want to let go of its central position. The ego maintains itself by labelling and judging, by pointing to the differences between us and them. The computer in our brain is programmed in that manner.

Yet it is possible to refer again to that which is present in everyone. This recognition of the common ground in each of us is not only the essence of Buddhism but can also be found in the core of almost all spiritual traditions. It is not necessary, however, to be religious to rediscover this source. Everyone is invited to focus the attention on that which we have in common. Recognizing this shared essence in yourself and also in our fellow people opens a source of inner peace and compassion that is available to everyone.
—Jan Kersschot, Beyond

This is the female form,
A divine nimbus exhales from it from head to foot,
It attracts with fierce undeniable attraction,
I am drawn by its breath as if I were no more than a helpless vapor, all falls aside but myself and it,
Books, art, religion, time, the visible and solid earth, and what was expected of heaven or fear’d of hell, are now consumed,
Mad filaments, ungovernable shoots play out of it, the response likewise ungovernable,
Hair, bosom, hips, bend of legs, negligent falling hands all diffused, mine too diffused,
Ebb stung by the flow and flow stung by the ebb, love-flesh swelling and deliciously aching,
Limitless limpid jets of love hot and enormous, quivering jelly of love, white-blow and delirious juice,
Bridegroom night of love working surely and softly into the prostrate dawn,
Undulating into the willing and yielding day,
Lost in the cleave of the clasping and sweet-flesh’d day.
—Walt Whitman, Leaves of Grass, “I Sing the Body Electric”

The female contains all qualities and tempers them,
She is in her place and moves with perfect balance,
She is all things duly veil’d, she is both passive and active,
She is to conceive daughters as well as sons, and sons as well as daughters.

As I see my soul reflected in Nature,
As I see through a mist, One with inexpressible completeness, sanity, beauty,
See the bent head and arms folded over the breast, the Female I see.
—Walt Whitman, Leaves of Grass, “I Sing the Body Electric”

The male is not less the soul nor more, he too is in his place,
He too is all qualities, he is action and power,
The flush of the known universe is in him,
Scorn becomes him well, and appetite and defiance become him well,
The wildest largest passions, bliss that is utmost, sorrow that is utmost become him well, pride is for him,
The full-spread pride of man is calming and excellent to the soul,
Knowledge becomes him, he likes it always, he brings every thing to the test of himself,
Whatever the survey, whatever the sea and the sail he strikes soundings at last only here,
(Where else does he strike soundings except here?)
—Walt Whitman, Leaves of Grass, “I Sing the Body Electric”

O my body! I dare not desert the likes of you in other men and women, nor the likes of the parts of you,
I believe the likes of you are to stand or fall with the likes of the soul, (and that they are the soul,)
I believe the likes of you shall stand or fall with my poems, and that they are my poems,
Man’s, woman’s, child’s, youth’s, wife’s, husband’s, mother’s, father’s, young man’s, young woman’s poems,
Head, neck, hair, ears, drop and tympan of the ears,
Eyes, eye-fringes, iris of the eye, eyebrows, and the waking or sleeping of the lids,
Mouth, tongue, lips, teeth, roof of the mouth, jaws, and the jaw-hinges,
Nose, nostrils of the nose, and the partition,
Cheeks, temples, forehead, chin, throat, back of the neck, neck-slue,
Strong shoulders, manly beard, scapula, hind-shoulders, and the ample side-round of the chest,
Upper-arm, armpit, elbow-socket, lower-arm, arm-sinews, arm-bones,
Wrist and wrist-joints, hand, palm, knuckles, thumb, forefinger, finger-joints, finger-nails,
Broad breast-front, curling hair of the breast, breast-bone, breast-side,
Ribs, belly, backbone, joints of the backbone,
Hips, hip-sockets, hip-strength, inward and outward round, man-balls, man-root,
Strong set of thighs, well carrying the trunk above,
Leg fibres, knee, knee-pan, upper-leg, under-leg,
Ankles, instep, foot-ball, toes, toe-joints, the heel;
—Walt Whitman, Leaves of Grass, “I Sing the Body Electric”

All attitudes, all the shapeliness, all the belongings of my or your body or of any one’s body, male or female,
The lung-sponges, the stomach-sac, the bowels sweet and clean,
The brain in its folds inside the skull-frame,
Sympathies, heart-valves, palate-valves, sexuality, maternity,
Womanhood, and all that is a woman, and the man that comes from woman,
The womb, the teats, nipples, breast-milk, tears, laughter, weeping, love-looks, love-perturbations and risings,
The voice, articulation, language, whispering, shouting aloud,
Food, drink, pulse, digestion, sweat, sleep, walking, swimming,
Poise on the hips, leaping, reclining, embracing, arm-curving and tightening,
The continual changes of the flex of the mouth, and around the eyes,
The skin, the sunburnt shade, freckles, hair,
The curious sympathy one feels when feeling with the hand the naked meat of the body,
The circling rivers the breath, and breathing it in and out,
The beauty of the waist, and thence of the hips, and thence downward toward the knees,
The thin red jellies within you or within me, the bones and the marrow in the bones,
The exquisite realization of health;
O I say these are not the parts and poems of the body only, but of the soul,
O I say now these are the soul!
—Walt Whitman, Leaves of Grass, “I Sing the Body Electric” 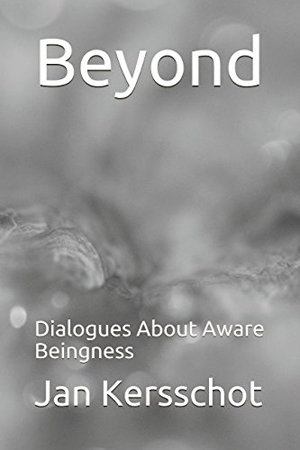