The girl who would be love

“The answer to every question
is the same.
It removes all that separates.
It is everything that seems small
and all that is great.

It is love pure and free
and is undeniably your true nature.”

THE BOOKSHOP IN the Ramanasramam, Tiruvannamalai, very rarely stocks publications other than those featuring the writings of Sri Ramana Maharshi. Ana Ramana’s sublime book of poetry, The Boy Who Would Be Sage, is one rare exception. A homage to Bhagavan, it is the poet’s love for the great Indian guru and the effect he has had upon her life.

It was in July 2000, while walking in her native Ireland, that Ana was struck in the skull by flying lumber, which had fallen off a passing truck:

What ensued was a profound near-death experience and years of recovery, during which the blow to the head cracked open the lid of repressed childhood memories of severe physical and sexual trauma. Ana is convinced that she was given this ‘second’ life in order to heal the wounds of the first. For seven years, she left the world and dived inside, learning to embrace each smithereen of memory still held in the body, to hold it up to the light, and transmute each wound into love.

Eventually Ana saw clearly that there was no perpetrator to point a finger at, how violence begets violence, how even the most cruel of tyrants is looking for love in some misguided way. She saw, as she had been shown when she died, that the entire world is unfolding in utter perfection, down to the most obscure detail. In truth, she unlearned all she had previously believed, surrendering to but utterly trusting in this divine mystery called life.

Ana was raised a Catholic but found solace in the words of wisdom emanating from many manifestations of the Divine Beloved, who touched and inspired her to realize the truth of who she is: Sri Ramana Maharshi, Anandamayi Ma, Mata Amritanandamayi and Devaji, her current teacher in her home town on Mount Shastra, California.

Ana has composed many accomplished volumes of verse as well as a fictionalized memoir about emotional and sexual abuse, Girl on Fire: An Uncommon Love Story; she is also the recipient of numerous literary awards. Hymns to the Beloved is her latest poetic offering, written with the craft and care of someone with the very deepest understanding and insight into what it means to be a human being and how the power of love can transmute even the most heinous of experience and memory into something exquisitely beautiful.

The poems herein are a celebration of human passions, seen from the light of one healed woman, and an offering of that great and complex gift back to the original source. The poet hopes they will transcend spiritual affiliation and reach the heart of each reader.

Stars hover
like kisses
over our house.
A cow lows
in the distance,
his bell tinkling
the night air.
A praying mantis
flew into my face
this evening
before prayer,
his green and tender
body my skin’s blessing.
Oh Lord, I could
build a shrine to you
every day in my heart,
I could fill it with
moon and sun, with
the lemon butterflies
that milk our path
to the sea, with spume
of wave on rock, tall
cactus mad with bloom,
I could fill it with pebbles
and sand from my shoe, with
a dart of lizard and peak of
jack rabbits’s ears.

I could add
the languorous sway of ferns
in our courtyard, the breeze-ruffled
curtains in my room. I could take
the luminous, rain-freshened
desert, and set that there too, add
the fan of vulture and hawk wings,
the glorious palmful of spider
as he traces a love pact on the
wall.

Oh God,
I could fill each left space
with kisses and a horse’s call,
with the slow swank of donkey
in a clearing. I could conjure
a brimming altar of dawn sky,
each mountain’s sinuous fall
and rise, a dozen setting moons,
and still it would not begin
to praise.

Let me at least spend
my days trying. Let me fail you
a thousand ways. Let me breathe
one more, Lord, of your ravishing
days and I will tell lovers and children
and the bird at twilight
of your deepest secrets.
“Hymn To The Beloved”

His eyes are not eyes.
They are the essence
of perfect god light, streaming
past all of creation,
merged with eternity.

They are married to The Secret,
God’s exquisite kiss,
They are the chalice
that can speak
a thousand languages
in one whisper of silence.

They are galaxies of liquid,
disembodied.

They are the fire
that can free you
and transport you
into Love’s ecstatic bliss.
“Seduction”

The Hugging Saint
they call her

and though we’ve
never met

she swept me up
in a vast embrace

that shook me
to the core

filaments of light
sparking on the air

galaxies of love
so tender

that stars floodlit
my heart

and I, so long
afraid of mothers,

melted and I watched
a flower grow

in that empty place,
abandoned long ago

so every time
she comes to mind

a smile floats
up – a miracle –

and finally,
after that long journey,

I am complete
and perfectly whole.
“Amma”

in the haven of your heart.

Melt in the honey
of your Being.

Feel the creamy warmth
of your essence

what you once claimed
to be you.

Give up your claim
on believing,
on doing,

my Beloved. Just Be.

And watch it softly unfurl:

the pure heaven of Eternity.
“Rest” 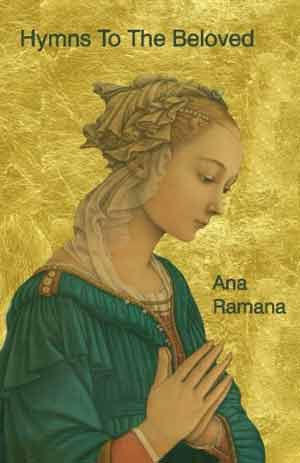